Steve ushered Chris and John into his office and closed the door, so the clang of busy machinery muffled beyond the room. He pointed to the two chairs across from his expansive desk without a word.

Both employees squirmed under the watchful eye of their assistant plant manager.

A few curious workers pretended to use the bathroom, so they could nose past the large window, making Chris and John feel like their demise was on display. Why didn’t Steve pull the blinds down? This was embarrassing enough.

Steve cleared his throat, “Tell me again why you two were on the factory floor during breaks.”

Chris and John exchanged looks, and Chris took the lead with a nod of his head. His heart raced as a momentary image of himself, standing in a bread line, flashed through his mind. He straightened his shoulders and squared his body, “Sir, everyone knows our company’s in trouble.”

“There’s even been talk that we might close within six months. I don’t know if the rumor’s true, but regardless, I realized there’s not a lot any of us can do.”

John nodded his head in agreement, remembering the intense conversation he and Chris had over dinner a couple of evenings past.

Chris continued, “I mean, we can be diligent about working productively, we can offer help to others when we know they have a problem, we can do everything within our power to exceed what’s expected of us, but even if everyone in the place changed their habits today, it’s probably too late to repair the damage.”

Steve stood, turned his back, and poured himself a cup of coffee from the pot on the tray behind him, detached from thought of offering any to his subordinates. As he tinkled a spoon of sugar into his mug, he said, “While I agree your thinking’s good, I still don’t understand where this walking through the plant and praying comes in. What’s that supposed to accomplish?”

John surprised the other two, and himself, when he spoke with passion, “From God. He can accomplish what we can’t do for ourselves. Nothing is impossible with him. He will provide more than we can ask, but we must ask.”

Steve whirled around with an unsettled look on his face, “Look, I believe there’s a God,” he breathed deep through his nose and seated him carefully, “but I’m not sure I buy into this prayer stuff.”

“You promise all you’re doing is praying? You aren’t touching anything while you’re walking through the factory?”

“We are touching the pieces of equipment as we pray for the employees who work there, and that the machines would operate smoothly.”

“Semantics. Okay, I’ll agree to let you do this as long as it doesn’t cause chaos. But if there’s one peep of conflict, I’ll shut it down. Do you hear?”

“Now get to work.” Steve shuffled a stack of papers as they rose from their seats. When they reached the door, John’s hand poised over the knob, without looking up Steve said, “Whether anyone else appreciates what you’re doing or not, I do. Keep it up. Can’t hurt, right?”

With relief, the two friends hustled back to their stations. But it took less than three minutes for fellow employees to sneak over and ask a series of questions with similar messages, “You guys in trouble?” “What was that about?” “You gettin’ fired?”

Even though it probably meant ridicule, Chris and John stuck to their agreement to tell others what they were doing if asked.

Most of their co-workers responded in familiar scoffs. Someone called John a freak. But the men kept their heads down, their hands working, and clamped their tongues in a commitment to avoid defensiveness. It quickly became evident that Steve, the one man, wasn’t going to be a problem, but the crowd of people they spent most of their side-by-side time with on the job would.

A level of anger spat through the words of a parade of men and women, as the gossip wheels turned. Things were getting ready to heat up in a hurry. This thing was getting out of hand. 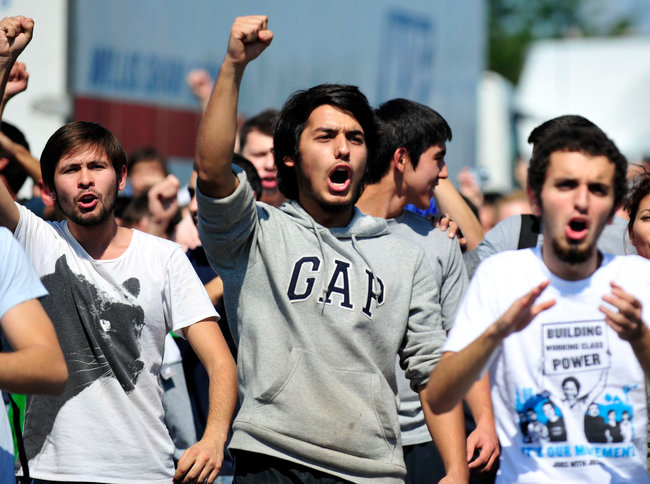 Rise up; this matter is in your hands. We will support you, so take courage and do it.”