P-Day…Chris and John named the commitment at the heart of their experiment. Prayer Day.

They each had a set of words on a page, transferred from the napkins at the restaurant. The mission would come alive through their actions, and it all started now.

Each man set their alarm a few minutes early, and as agreed, began Bible study and prayer at the same time from their respective homes. A sense of excitement, mingled with a touch of fear, attached itself like an invisible cloak, when it came time for Chris to walk out his front door.

Darkness hovered on the horizon when Chris pulled into the parking lot. John arrived directly behind. They stepped into the early morning air, silent and thick with dew. Constellations watched from the heavens, and security lights planted in neat rows burned like torch lights. Even the factory looked different, no longer a shapeless box built to house mundane tasks, the building  transformed into a place of mystery and adventure before their very eyes.

Smoky steam fluttered from John’s mouth when he spoke in a whisper. “We’d better get a move on before some of the others get here.”

“Let’s roll,” Chris said, immediately aware he sounded more like an action-hero than a regular guy prepared to pray over his job location.

Following the pre-planned outline, the two Prayer Warriors slowly walked the outer perimeter of the building. Ignoring the occasional drive-by vehicle, they prayed as agreed, one at a time, touching doors, stair railings, and dock platforms as they petitioned.

Chris asked, “Lord, please bless the employees and supervisors who enter and leave this place.”

John’s turn, “We ask for favor to receive and fulfill new contracts.”

Chris, “Let the completion of our work be timely, accurate, and good.”

“Make us diligent, honest, and capable.”

“Help us help others.”

“Give us discipline, wisdom, and understanding, so we can identify and solve problems.”

“Provide courage so we don’t give up.”

“Show us who and how we can serve others.”

“Keep our hands clean and our hearts pure.”

On and on they pleaded, all the while, making physical contact with the building at the heart of their concerns. When they rounded the final corner, an arch of coral sun pushed the dark night to the other side of the planet.

With the light of day, and just before the first of their co-workers pulled into the parking lot, the two warriors once again became ordinary men. Disguised by ritual job habits, but energized by their powerful secret.

Step two was next….

But I pray to you, LORD, in the time of your favor; in your great love, O God, answer me with your sure salvation. 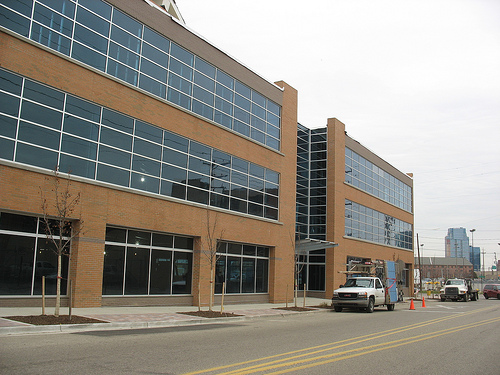