The greasy factory smell caused Chris’s heartbeats to quicken when he left the fresh air and entered the building. A couple of people he barely knew smiled and said hello when he clocked in. He started toward his work area when Steve’s voice stopped him mid-step.

Dread pulsed adrenalin into Chris’s bloodstream as he followed the Assistant Plant Manager into his office. He was further shocked to see another face in the room.

“Have a seat,” Mr. Reynolds, the Plant Manager said.

Chris slid into soft, tan leather, and tried not to squirm.

“I didn’t mean to cause disruptions sir. I’m not trying to start any trouble.”

Mr. Reynolds sat in Steve’s chair and steepled his fingers, “Then why did someone vandalize your car?”

“You know about that?”

“You may not see me much, but I keep an eye on things. Why would someone single you out?”

Foolishness snaked through Chris’s mind. The sultry voice spoke. You’re an idiot if you mention prayer. This is a man of authority, he’ll think you’re a weakling. You don’t want to jeopardize your job do you?

The manager leaned forward from his seated position, and Steve shadowed the lean from where he stood behind his own desk. “What do you hope to gain?” Mr. Reynolds said.

Leather squeaked under Chris, “I’m not doing this for myself, well, I mean, not all for myself.” The chair squeaked again. “I’d be lying if I said I wasn’t concerned about our jobs. We all are. And I didn’t mean to start anything. I just got tired of all the negativity, and I said so in the break room. Then things mushroomed, and I’ve been trying to keep up.” By the look on his supervisor’s face, Chris’s babbling confused matters.

“You still haven’t told me exactly what you’ve done. I’d like to hear it from you.” Mr. Reynolds demanded the details.

Chris lowered his eyes and said, “I started praying, and challenged others to join me.” He was afraid to look at his bosses. Then, he felt a warm hand clasp his shoulder.

“John and I got together and wrote a list of things we agreed to do. Prayer was on top, both privately and together. But we also committed to focus on the job and work harder, while we’re here.”

“So you’re the catalyst for our miracle.”

“Our company’s. Six months ago, we lost one of our largest contracts. They sent the work overseas. We’ve struggled to replace the loss with others, but this company’s been holding on by its fingernails with small, short-term jobs. There’s been serious conversation about closing down before the end of the year.”

“But yesterday afternoon, I got a call. Our big contract is back on the table. We’re scheduled to meet tomorrow so we can reinstate the terms.”

Chris straightened and his breath whooshed.

Mr. Reynolds walked to the window and stared out at the factory floor, “It sounds like we’ll have at least a three-year deal.” He turned to face Chris again. “I can’t say whether your actions caused this to happen, but I won’t discount a viable possibility. I’d like you and your group to continue with everything you’re doing. Steve and I will talk about how we can provide a supportive environment. And I’ll personally check in with you once a week. Deal?” Mr. Reynolds gripped Chris’s hand and pumped as he escorted him to the door.

Chris stumbled down the corridor in a daze. He couldn’t believe how fast things turned around. The changes didn’t mean a perfect life at work, but it did mean he and his co-workers could keep their jobs with dedication, integrity, and prayer. Chris smiled toward the ceiling and said, “Thanks.”

Who knew? Maybe their efforts could ripple to other people and other businesses? If prayer and dedication to God could change one company, it might change many. There might be hope for the nation after all. Chris shook his head in wonder while he walked, then he straightened his armor and headed to the production line. 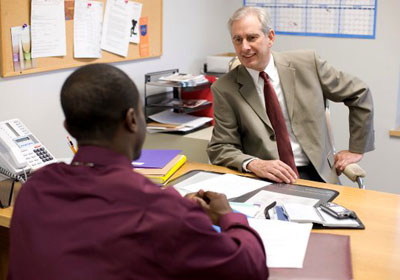 Anita Agers-Brooks is a Business Coach, Certified Personality Trainer, Communications Specialist, speaker, and writer. She lives in Missouri with her family.